Stephen McPartland was elected to the House of Commons as Member of Parliament for Stevenage in 2010 and re-elected in 2015, 2017 and 2019 – increasing his vote and vote share each time.

Stephen was born in Liverpool on 9th August 1976. He lives in Stevenage with his wife Emma who is a Special Educational Needs Co-Ordinator (SENCo) at a local primary school. He is an avid reader and a football fan, often watching Stevenage play. He supports a number of locally-based charity organisations in Stevenage.

Stephen is very outspoken on welfare issues and is considered an expert on the technical changes, leading the successful campaigns against changes to Tax Credits and protecting the self employed against changes to Employers National Insurance Contributions. He is also leading a campaign to protect leaseholders from the devastating bills they face for remediating historic fire safety costs. Stephen has worked with a range of groups to try and make our building s safer and the costs fairer for those affected. The McPartlandSmith amendments are named after him.

He has worked closely with Government to deliver change and has succeeded in delivering a number of legislative changes, for example, asthma inhalers being made available in school first aid kits and worked closely with with Rt Hon Sir Oliver Heald to campaign for Finns Law, to provide our emergency service animals with greater protection after Police Dog Finn was stabbed in Stevenage.. Stephen has a range of policy interests, including the application of technology.

Locally, Stephen has secured hundreds of millions of pounds of infrastructure investment from the Government for Stevenage, ranging from the rebuilding of our local hospital, school rebuilds and refurbishments, new GP surgeries, more affordable homes and a new Platform at Stevenage Station, to name but a few projects. He is also campaigning for a new satellite radiotherapy Unit to be based locally, to help bring Cancer care closer to patient’s homes. Stephen works hard to help people take a stake in our local community and level up Stevenage.

Prior to being elected an MP, Stephen was the Director of Membership for British American Business (the US Chamber of Commerce), based in London. Stephen studied for his first degree in History at the University of Liverpool, graduating in 1997. He studied for an MSc in Technology Management at Liverpool John Moores University the following year. 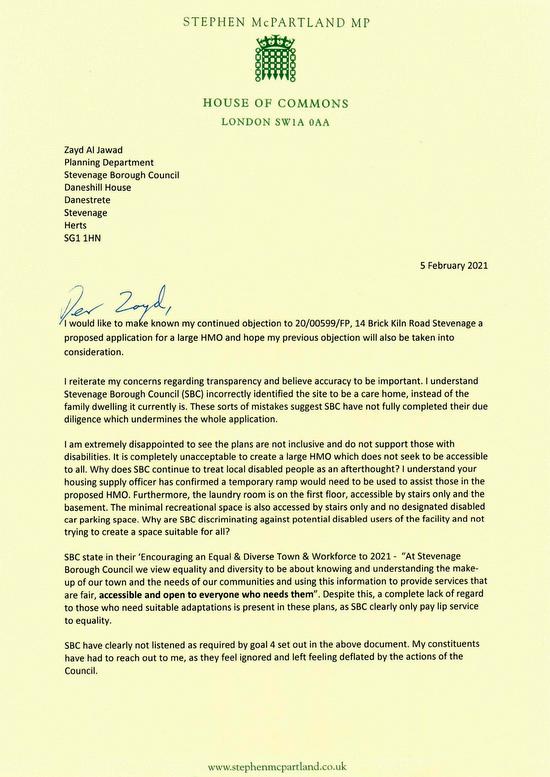