Stephen McPartland, MP for Stevenage, is pictured here with the Rt Hon Jeremy Hunt MP, Secretary of State for Health, on the announcment of the latest phase of development for the Lister hospital.

Stephen said, "I am delighted to have worked with Jeremy Hunt, Secretary of State for Health, to secure the £72 million funding for phase four of the Lister hospital. We are now approaching a massive investment of £150 million from the government which is transforming the Lister into one of the most modern and advanced hospital's in the UK. This latest tranche of money will pay for another eleven projects including a new ward block, extended emergency facilities and purpose built theatres.

Stephen added, "I would like to take this opportunity to congratulate the staff who are saving lives on a day to day basis and putting patients at the heart of our hospital. I am proud the Lister is becoming a centre of clinical excellence and I am proud of our local NHS - this is a fantastic day for Stevenage."

Stephen McPartland, MP for Stevenage, is supporting the Dogs Trust campaign to encourage people to think carefully before taking on a dog, especially during the festive season.

Stephen said “A Dog is for Life, Not Just for Christmas" and we need people to think twice to stop the problem of dogs being given as gifts at Christmas only to be later abandoned in January. The online sale of pets means that impulse buying of animals has become an appealing option and the lure of a quick sale attracts many unscrupulous breeders particularly during the Christmas period"."

Dogs Trust is the UK’s largest dog welfare charity,caring for over 16,000 abandoned and unwanted dogs a year.

Residents of Lonsdale Court in the Pin Green area of Stevenage are suffering the effects of poor quality maintenance work which is carried out inefficiently.  Stephen McPartland, MP for Stevenage, was called in to hear how Stevenage Borough Council forces leaseholders to pay for work that is sub-standard or has not been carried out. Stephen was shocked to discover that a recent example included Stevenage Borough Council losing the padlock to a purpose-built access door, so a whole series of scaffolding was erected instead.

Stephen commented, "Access to the roof is easy through the door, but for whatever reason, no-one could be bothered to unlock the padlock to use the door and were happy to put up two levels of scaffolding and charge the leaseholders.  I have been shown many other examples of poor quality maintenance which is reducing the quality of living for all residents. Stevenage Borough Council should be ensuring work is carried out to a proper standard and in a way that is efficient and does not burn through leaseholders' money. I will be seeking answers to the situation with maintenance work at Lonsdale Court, and would urge leaseholders with similar concerns to come forward with examples I can take up on their behalf. Leaseholders paying massive charges is ridiculous and cannot be allowed to continue."

With the publication of the report following the Leveson Inquiry it is clear that the central issue will be whether the press should, for the first time, be subjected to statutory regulation or have the opportunity to put in place a new system of binding self-regulation.

I believe in free speech and no form of statutory regulation of the press would be possible without the imposition of state licensing – abolished in Britain in 1695. State licensing contradicts the idea of press freedom and would radically alter the balance of our unwritten constitution. If a government did not like the criticism from a media outlet, it could just revoke their licence and they would no longer be able to operate. This is the type of behaviour you see in dictatorships and is a terrible signal to send to emerging democracies around the world.

I believe that any state regulation of the media is the first step towards censorship of the media.There are also serious concerns that statutory regulation of the print media may shift the balance to the digital platforms which, as recent events have shown through the fiasco of Newsnight-Twitter, would further undermine the position of properly moderated and edited print  journalism.

The press abuse chronicled at Leveson was almost wholly about actions which were against the law. It demonstrated not a sole failure of regulation but rather of law enforcement. However the status quo is not an option.  We cannot allow newspapers to behave as some have in the past. If they get a story wrong and have published it on the front page, then they should apologise on the front page instead of burying it on page 75. The media should take a lot more care in ensuring their sources are substantiated and most journalists up and down the country do a great job on a day to day basis keeping their local communities informed.

We do need some change, but we do not need state regulation of the press. We need to protect free speech and we need to keep the press free.

Stephen said, "Bullying in any form is a disgrace and destroys lives, especially among young people. Stopping bullying is critical and giving young people confidence back through a great smile can be a big part in helping them to rebuild their self-esteem. I will keep up the campaign to stamp out bullying and helping people to get on with their lives."

Jonathan Alexander-Abt, Principal Orthodontist at Inline Orthodontics, commented “Bullying for whatever reason is deplorable and should never be tolerated. This research shows that a significant number of children are being bullied because of the position and appearance of their teeth. As a Specialist Orthodontist I feel that it is important to raise awareness of this and reassure young people that there is something we can do to help them”.

A young patient contributed to the debate by describing her experiences of bullying whilst her mother explained how this affected her daughter.

Stephen McPartland MP had his seasonal flu vaccination last week. He is one of many people living in Stevenage who are in the "at risk" groups and doctors recommend get this season’s flu vaccine.

Stephen said, “The seasonal flu vaccination is important to help protect those people who are more susceptible to serious complications or even death from flu.  I would urge all those that are over the age of 65 or are in one of the ‘at risk’ groups to visit their surgeries and get vaccinated. Flu can be a pretty nasty and debilitating illness and remains a serious threat, particularly for those aged over 65 or those of any age with medical conditions that put them at risk of developing serious complications from influenza infection."

Commenting, Stephen said, “We have already delivered new infrastructure investment for the Stevenage area of more than £280 million and these new measures will give businesses greater certainty, which will create even more local jobs. I welcome any effort to reduce red tape which is exactly the action local businesses have been asking for. We will also deliver tax stability for local firms and shops by delaying an unpredictable business rates revaluation which will help keep Stevenage leading the way on fixing our economy.”

The last few weeks have created a shock wave in corporate Britain as companies tax payments in the UK have come under scrutiny. There is a growing anger and concern that some large companies are hiding behind complex accounting rules that may be strictly legal, but are considered to be unethical by the public. The problem of missing billions in tax is not just a problem in the UK, it is worldwide and does the greatest damage to poor and developing countries who cannot stand up to massive corporations.

I recently met with Christian Aid supporters when the Tax Justice Bus tour came to my constituency of Stevenage.  The tax justice campaigners believe that tax dodging by international companies costs the UK around £35 billion and developing countries an estimated $160 billion per year. Just imagine the dramatic difference such a huge sum of money would make if it was available to invest in public services, infrastructure and other vital services essential for economic growth.

An effective tax system plays a vital part in promoting wealth creation in developing countries. The lost revenue is much larger than our international aid budget and as the British public give money to help with one hand, some large companies are taking much more away with the other.

It is time for a concerted international effort to tackle corporate tax avoidance and for multinational companies to actually commit to tax transparency.  I know governments from all around the world will agree with the sentiments of greater tax transparency, but they will struggle to introduce it as every nation competes in the global race. Therefore, it will be up to the companies themselves to lead the way and they will only do that if their customers, the British public in many cases, drag them kicking and screaming towards tax transparency and a fairer tax system for us all.

We can start that journey today by asking the FTSE 100 to lead the way and commit to corporate tax transparency. Today, I have written to the Chief Executives of all the FTSE 100 companies to ask them individually if they are willing to pledge their support for corporate tax transparency and if they will support a new international accountancy standard for country-by-country reporting.

The current international accounting standards only require multinational companies to report accounts on a global consolidated basis, which makes it incredibly difficult to know where taxable economic activities are occurring and where profits are declared. Companies, particularly multinational corporations move billions of pounds of profit between jurisdictions to reduce their tax bill. Large companies are allegedly manipulating their company’s centre of interest by using holding companies, offshore accounts and  intellectual property rights.

Transparency is vital, so I will be publishing a list of all the company responses I receive so that the general public know which FTSE 100 companies are willing to sign up to tax transparency and which are not. Everyone of us can then decide individually whether the biggest companies in Britain really do care about the poorest in our society at home and abroad.

Around 1,700 adults and children in Stevenage are receiving warfarin, which prevents clotting of blood.  Self-monitoring can help patients in many ways and Stephen McPartland MP is supporting a new campaign to give long-term warfarin patients greater choice in the management of their condition.

Stephen said, “I am delighted to be supporting this important campaign to help people in Stevenage and the rest of England who are receiving warfarin treatment.  Allowing patients the option to self-monitor could make a huge difference with better control and greater freedom over their lives.” 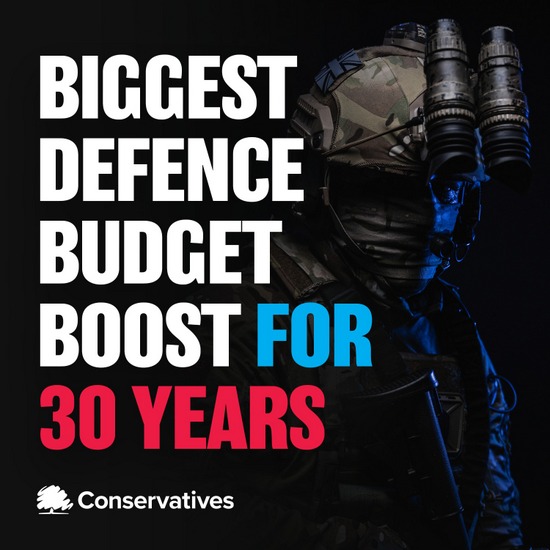