Stephen McPartland, MP for Stevenage, visited the Glaxo Day Centre at the Lister Hospital and was shown around by the Manager, Isobel Dunkley, where he had the opportunity to discuss the services that this unit offers to people with Dementia and their carers. During the visit Stephen saw some of the patients engaging in various activities and had the opportunity to meet with some of the carers, and discuss their concerns.

Jan Burt, whose husband has frontal lobe dementia, explained the need for an Admiral Nurse as there are currently none in the Three Counties area. As a full-time carer herself, she has experienced how difficult it can be caring for someone with dementia and how invaluable the support of an Admiral Nurse would be.

Football fever hit Stevenage at the McDonald’s Football Open Day with England and Arsenal legend Martin Keown on hand to share tips with local youngsters and the opportunity to have their skills seen by Eric Harrison, the former Manchester United Youth Academy head credited for helping to created the ‘Class of 92’ including Paul Scholes, the Neville brothers and David Beckham.

Local MP Stephen McPartland, who joined the Open Day, commented: "This was a fantastic day and a real opportunity to showcase our local footballing talent. The commitment of local volunteers, the Academy and players and staff at Stevenage FC made this a great day for parents and children. None of this would have been possible without McDonalds focus on practical community initiatives and I am delighted they have such a proactive relationship with our town. The local franchisee Mike Ghazarian, Is a real inspiration and asset to Stevenage."

Alex Tunbridge, Head of Stevenage Football Club in the Community, says: “We’re delighted to have been involved with the McDonalds Football Open Day and we know from experience that they’re a great way for our community to celebrate and share its passion for football. It was great to have Martin Keown with us.”

Mike Ghazarian, the local McDonald’s franchisee added: "I’ve been involved in helping to improve the standards of grassroots football in and around Stevenage for a few years and this summer’s event follows on from the hugely successful McDonald’s/Stevenage FC partnership in 2009. With the Open Day, we’re encouraging the wider Stevenage community to get involved and give our youngsters access to the very best in football training and coaching.”

The Institution of Engineering and Technology (IET), played host to Stevenage MP Stephen McPartland when he came to meet the Institution’s Chief Executive and staff.

During the visit, Stephen was given a presentation on the IET’s work locally and around the world plus information about how engineering and technology careers are being promoted by the IET as great choices for young people. A walk-round of the Six Hills Way based institution also gave Stephen the chance to meet staff, many of whom live locally. Stephen said: “I was really impressed by the enthusiasm of the people within the IET and the breadth and depth of their services and products. It was great to meet people who are clearly passionate about their work. I particularly look forward to collaborating with the IET on a range of education and skills issues – an area where I can see the IET is already making a big contribution.”

Nigel Fine, the institution’s Chief Executive said: “As a major local employer, it is hugely important for the Institution of Engineering and Technology to have a strong involvement with its local MP. Stephen McPartland’s visit to our offices is a great opportunity to foster this relationship.”

The IET frequently advises Parliamentarians and Government on policy issues such as energy, health and safety, IT and transport policies and employs 384 people in its Stevenage office.

Stephen McPartland, MP for Stevenage, has taken up the cause of dementia sufferers in Stevenage by meeting with one of the UK’s leading consultants on dementia to discuss the burden of disease and current treatment options.

Mr McPartland met with Professor Peter Passmore, Professor of Ageing and Geriatric Medicine at Queen’s University Belfast and one of the UK’s foremost consultants on dementia, at the Houses of Parliament to discuss the increasing numbers of people affected by this illness and how best they can be cared for.

Stephen explained that he has a deep interest in this area stating: “I meet carers, relatives and sufferers of dementia regularly and it is a truly distressing illness. Providing dementia sufferers with the right treatment is essential and I am delighted to have met with Professor Passmore to discuss the issue in more detail. The over prescription of anti psychotics is extremely worrying and I am determined to look into the situation in Stevenage.”

Mr McPartland has asked the Secretary of State to outline the number of dementia sufferers in Stevenage and the proportion that have been prescribed antipsychotics. It is currently estimated that 820,000 people in the UK suffer from dementia, an estimated 1,200 people in Stevenage, and this figure is set to rise to over 1,000,000 by 2025.

Professor Passmore spoke of the work he does with dementia sufferers in the UK and the challenges he faces in treating the disease. He outlined that there are many treatment options for the disease, but he is concerned by the growing use of anti psychotic medication, principally licensed for treating patients with illnesses such as schizophrenia, to treat the illness. He outlined that there were many treatments for dementia and reducing the use of antipsychotics is important, as currently only 1 in 5 patients derive benefit from their use.

Professor Passmore commented that the meeting was “a fantastic opportunity to speak with an interested parliamentarian like Stephen, to discuss the problem of dementia in the UK and in Stevenage. I hope that other parliamentarians can use Stephen’s example and take up the issue in Parliament.”

Newly elected Stevenage MP, Stephen McPartland, was keen to visit his local B&Q to learn more about the innovative ways the UK’s leading home improvement and garden centre retailer works. Whilst being shown around the store, he heard about the Company’s diversity policy, which means a quarter of B&Q’s workforce is over the age of 50 years, with a similar percentage under the age of 25.

Stephen said, “I was delighted to meet both the youngest and oldest members of the Stevenage B&Q store. The knowledge of the staff is fantastic and I have first hand experience of how helpful they can be. I am delighted the store is doing well and investing in our local community.”

Stephen was particularly interested to hear how B&Q is skilling up its workforce. Having invested more than £1 million into nationally recognised apprenticeships and City and Guild’s qualifications for its staff nationwide, he was given the opportunity to see what this means in Stevenage.

Chris Thompson B&Q Stevenage stock manager says, “It was great to meet our new MP and talk to him about what B&Q has to offer as a local employer and business in the area. We’re looking forward to seeing Mr McPartland MP in our store again and wish him every success with his new post.”

Stephen McPartland MP joined Stevenage Scouts for the District Scouting Day hosted in Stevenage in July.  As well as meeting many scouts and their leaders he had a go at some of the activities - have a look at him rock climbing and sailing.  You can find more pictures of the day here.

Stephen McPartland MP will be the Chair of the All-Party Parliamentary Furniture Industry Group.

The Group’s membership comes from across the political spectrum with Conservative, Labour, and Liberal Democrat members and will provide a parliamentary forum to discuss the issues affecting the sector, including the economic recovery, small business lending, and fire safety regulations.

Martin Jourdan, Chair of the British Furniture Confederation, the trade association representing the UK furniture manufacturing industry, said:  “I am pleased that the All-Party Group has been reformed with a talented and diverse range of parliamentarians. I am delighted by the election of the Group’s new Chair, Stephen McPartland MP, whose knowledge and enthusiasm will be of great benefit to the Group. Stephen is one of the new generation of MPs, and will be a fantastic credit to the industry. I know Stephen’s constituency contains a number of furniture companies, such as FIRA International Ltd."

The Group has examined key industry issues since it was first formed in 2005 including the importance of retaining our fire safety regulations. These rules ensure that UK furniture remains some of the safest in the world, and have saved an estimated 1,860 lives since their introduction.

Stephen McPartland, MP, joined Stevenage Rotary Presidents to present certificates and class dictionaries to acknowledge the great efforts made by the young people. Stephen was delighted to celebrate the success with them and said, “I am proud to be associated with a group of young people who have so clearly demonstrated their awareness of, and commitment towards social awareness and community cohesion. They have set a good example to us all”.

The funds were raised through a wide range of activities, including using purple-ink pens, selling purple-iced buns, and having handprints preserved in purple paint. Children in Afghanistan, India or Pakistan have their little fingers are painted with a purple dye to show they have been immunised.

The money, through Rotary’s partnership with the Bill Gates Foundation, will result in a total of 17,500 young people in Afghanistan, India or Pakistan will be immunised against the crippling disease.

Stephen McPartland MP has been given figures by Gingerbread that show a child maintenance debt mountain of £7,180,000 owed to single parents in Stevenage.

Stephen said, “Stevenage single parents received a raw deal from the last Government, as they completely failed to deal with this debt. This is a huge figure and if collected would have a big impact on the quality of life of local children. I think it is disgusting that the child support system has been allowed to fail in this way”.

Commenting on the figures, Gingerbread’s Chief Executive Fiona Weir said: “Child maintenance is vital for children in separated families. We know from single parents that this is much-needed money which pays for items such as children’s clothes, school meals, trips and activities and childcare. Ultimately the responsibility for paying child maintenance rests with the non-resident parent, but the Child Support Agency has to do its job too in collecting debts and enforcing payment. We want to help single parents caring for children take action to ensure their arrears are paid.” 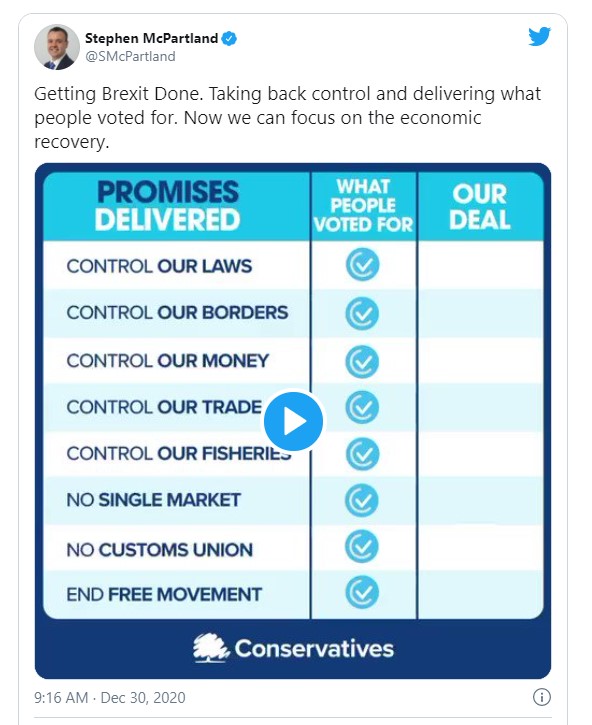