Stephen McPartland MP visited W J Rowe, a family-run chip shop in Bedwell Crescent, Stevenage, to congratulate them on being short-listed for a regional award.

Stephen said, “The chips tasted fantastic and I was delighted to congratulate William Rowe and his team for making it to the regional finals. I know they have done a great job for the community over many years and I wish them every success.”

William said, “I was so pleased to receive the letter from our MP. I really didn’t expect it.”

The Giles Infant and Nursery School in Stevenage have established their first school council and welcomed Stephen McPartland Member of Parliament for Stevenage as a special guest at the school's assembly to present badges to the newly-appointed class representatives.

The members of the school council are responsible for making sure the views of their classmates are taken into consideration and in some cases may even take part in the interviewing of new staff. 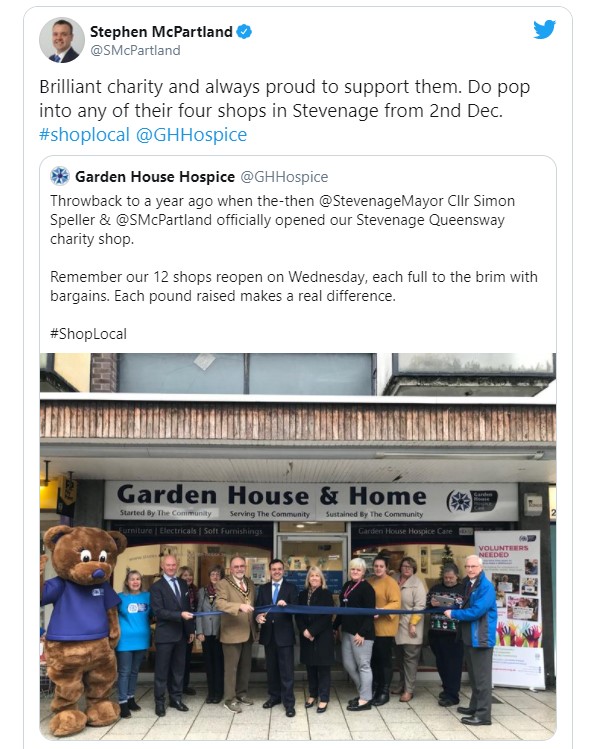