Managing Director Phil Cooper invited local MP Stephen McPartland to visit Abbeysteel's processing facilities in Pin Green and to present an award to one of their customers, Silverline, for passing 10,000 tonnes of CO2 savings in the last two years.

Stephen said, "I am delighted to present this award, and proud of the innovation shown by this local firm in taking what others see as waste material and turning it into a component for products such as metal filing cabinets."

Stevenage firm Abbeysteel produces the world’s first green brand of sustainably sourced steel by reusing prime grade steel that is a waste by-product of other processes, for instance in the automotive industry. Chairman of Silverline, Stanley Ensinger, received the awad and the company has more information about it at http://www.slideshare.net/GeorgeGeorgiou3070.

Stephen McPartland, Member of Parliament for Stevenage, welcomed the award of a £483 million contract to MBDA.

Stephen said “This is absolutely fabulous news; this once again shows how Stevenage is leading the way as a centre for high technology.  I am delighted that MBDA have managed to win this contract, as it has secured hundreds of local jobs and will create exciting opportunities in the future for our young people. I have been working closely with both government ministers and MBDA to drive forward Britain’s sovereign defence capability; we should not have to go aboard for defence technology that we can make at home.”

"The announcement the Queen will visit Stevenage is absolutely fantastic news and I look forward to welcoming her Majesty to our town.", said Stephen McPartland, Member of Parliament for Stevenage.

Stephen added, "This is a very proud day for Stevenage and the surrounding areas that the Queen and Prince Phillip will join us to celebrate her Diamond Jubilee. I am delighted by this announcement which follows on from the Government’s massive £250million investment in our town and 2012 will be another great year for Stevenage.”

Stephen McPartland, Member of Parliament for Stevenage, said, “I look forward to working closely with Donna Lodge to deliver outstanding opportunities at the Da Vinci Studio School for local young people. North Hertfordshire College are to be congratulated for attracting such a top class candidate to help us take this project forward.”

The Da Vinci Studio School, sponsored by North Hertfordshire College, is one of 12 new studio schools announced by Michael Gove, Secretary of State for Education.

Stephen McPartland, Member of Parliament for Stevenage, said "It is good news that we are seeing less crime in our town and reassuring to all residents and our communities.  I know from the work I have done with the Police how hard our local officers work and the message to criminals is that they are not welcome in Stevenage."

Full details of local crime figures can be found at the Hertfordshire Police website.

Stephen said: “Fuel bills are a big worry for many local people at the moment. I am pleased to support Big Energy Week and hope the tips and practical advice being offered will make a big difference to local people by saving them money on their bills.”

During Big Energy Week, and afterwards, you can get practical advice on cutting your fuel bills and help to see if you are getting all of the financial support you are entitled to. Staff at the Citiizen Advice Bureau are available to help, and there is also a leaflet providing advice as well as a website – www.bigenergyweek.org.uk full of tips on how to cut your energy bills. The website also has details of local Big Energy Week events. 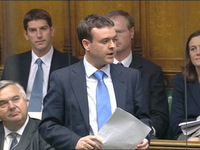 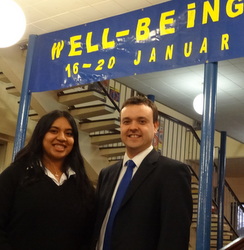